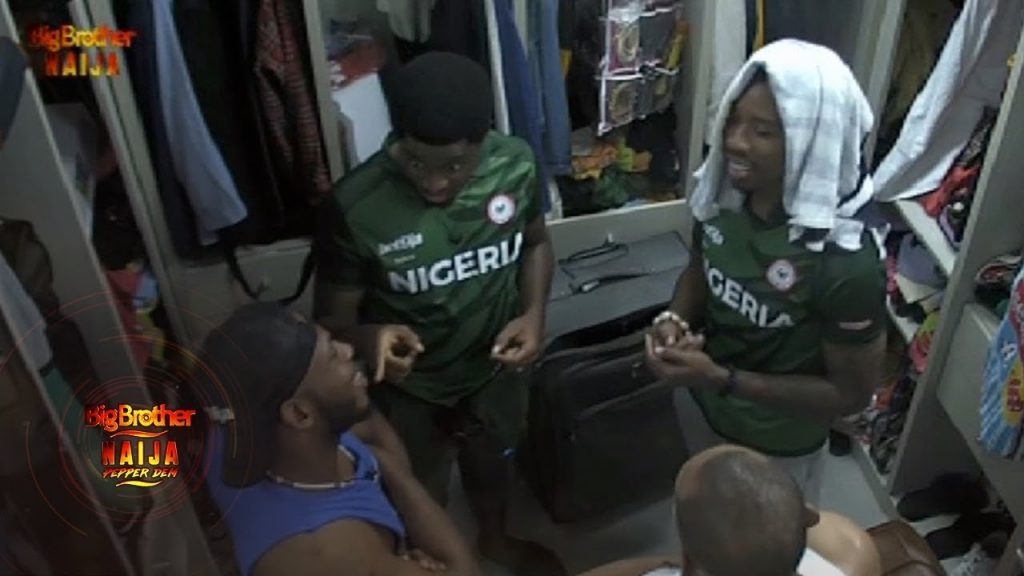 We are constantly updating this page for all BBNaija Day 3 activities . Bookmark this page and keep checking/refreshing for more BBNaija updates.

If you missed day 2 of BBNaija, we’ve got you covered. Click here for all day 2 videos and photos.

Frodd stylishly asks Isilomo to make other friends apart from him so that it would reduce the time she spends with him. Frodd actually thinks her being all over him would bring bad energy to his game plan. Mercy is also on the guy’s watch list as they are suspicious of her. Mercy has been seen at different times flirting with different guys since the beginning of the show.

Ladies in the house will not forget Jeff’s reign as Head of House anytime soon. This is because he picked Wednesdays as a work free day for the ladies! Oh wow!. He also addressed the housemates on keeping Big Brother’s house clean because they will be living in it for a long time. We think Jeff is taking his HoH responsibilities seriously. What do you think?

The Pepper Dem men had to show off their threading skills for a reward of Bet9ja coins.  Sir Dee, Frodd, Ike, Tuoyo, and Seyi ended the Task with smiles, as they celebrated their wins. Watch the video below:

The females were also given the Task of threading fifteen needles on a single thread, and at the end of the game win Bet9ja coins. Although Tacha won the Task but didn’t find any coin when Biggie asked them to pick a cup and reveal its content. Ah! After everything?

Isilomo tried to play smart as she wants to be Ella’s best friend. Turns out Ella’s tears did not cloud her senses. Isilomo said “We need each other to get to the finish line so I would like you not to Nominate me sometime” and Ella responded, “We can’t form alliances”. Do you think comforting Ella was a strategy?

While you were asleep, Isilomo was up to something. Is this her strategy? #BBNaija. https://t.co/aoOQaxILvD pic.twitter.com/DnOHFMBph4

UPDATE 2 – ANOTHER ROUND OF TEARS

Isilomo lent a shoulder for Ella to cry on during the early hours of the morning. Ella cried about how much she missed her mother and how her mother has been a rock for her through thick and thin. Isilomo on the other hand listened to her bare her mind and comforted her.

It’s Day 3 of BBNaija season 4 already and the mood in the house is absolutely lit. From the morning workout to the dancing. 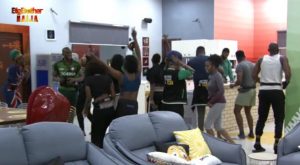 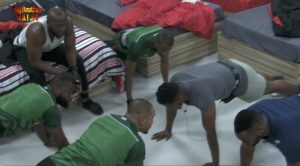