The winner of Big Brother Naija 2018 is Miracle! 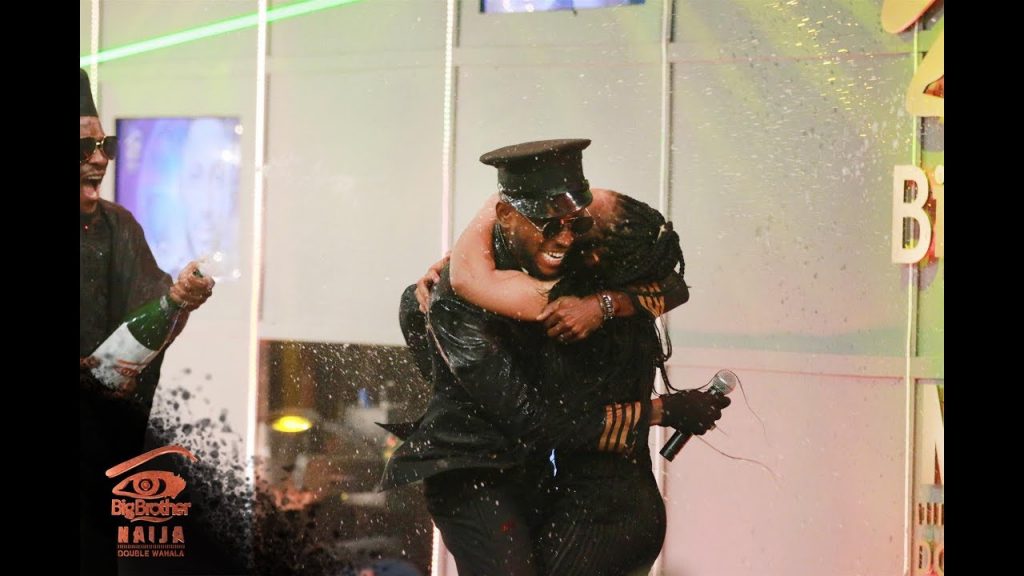 The winner of Big Brother Naija 2018

Last night we brought you the live stream of the long-awaited grand finale of the Big Brother Naija show, the most watched reality tv show and event in Nigeria.

5 housemates Tobi, Nina, Alex, Miracle and the queen-bee CeeC made it to the finals. Sadly, Tobi, Alex, and Nina were evicted leaving Miracle and CeeC to contend for the grand prize of 45 million naira.

Most people had predicted the lady boss CeeC will steal the night, but a miracle happened which saw Miracle emerging the winner of big brother Naija 2018.

Indeed, it’s been a miraculous year for the young pilot; Having won Payporte games worth 1 million naira, and also emerging winner of the Big Brother Naija 2018 ‘Double Wahala’ edition, which will add 45 million naira to his net worth. The show may have been double wahala for CeeC and other housemates, but for Miracle, it’s been double blessings!

The young man is leaving the show with 25 million cash prize, 12m worth of an SUV car, an all-expense paid trip worth 4.7 million and 3.3 million naira worth of household appliances.

We can say that his fans deserve some accolades for pushing him that far with their votes and making sure that he’s going back home with the prizes that will change his life.

His girlfriend Nina was seen jubilating and pouring an uncountable number of kisses on him, one can only hope their love-affair has been genuine and hope they’ll take it to the next level.

CeeC, having emerged first runner-up, also has prizes awaiting her, although not announced by Ebuka, a prize awaits her. She may be termed bitter, but the bitter-truth is the young lady made the big brother house lively, she glued fans to their TV sets. Miracle may have won the prize, but she totally rocked the show!

Do you think Miracle deserves the victory?