Bobrisky: Net Worth, Pictures And Controversy

Nigerians Who Make Fortunes From Farming

Top 10 Most Expensive Hotels in Nigeria

The Twin Village In Nigeria

Nigerian Inventors And Their Inventions

Nigerians Who Have Coached Foreign Teams

No Result
View All Result

by LiveFromNaija
in Africa, Uncategorized
0

193
SHARES
1.5k
VIEWS
Share on FacebookShare on TwitterShare on Whatsapp

Nigeria is blessed with many beautiful and captivating tourist attractions that keep endearing people from different places to visit them.

These places can also serve as great getaway locations for family and friends hoping to enjoy leisure. 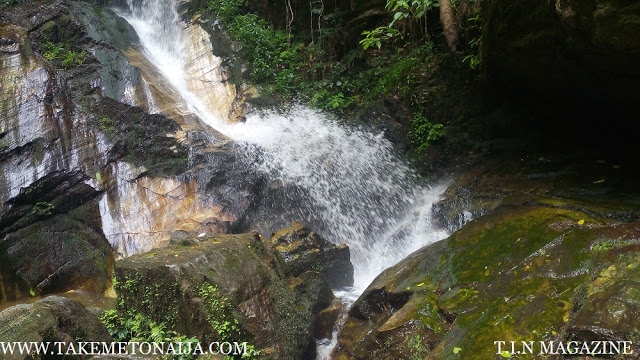 Assop Falls is 70 km along Jos-Kagoro road on the top of Jos, Plateau. The Assop River supplies water which the rapids and falls use, and it feeds the natural vegetation of grasslands that extend into the gallery forests. The site is an area of Guinea Savanna on the slopes and top of a mid-altitude ridge of Jos, beside the Jos-Kagoro road, about 70 km from Jos. The vegetation comprises of gallery forests, surrounded by grasslands. The Assop river, which feeds the picturesque rapids and falls, drains part of Jos. 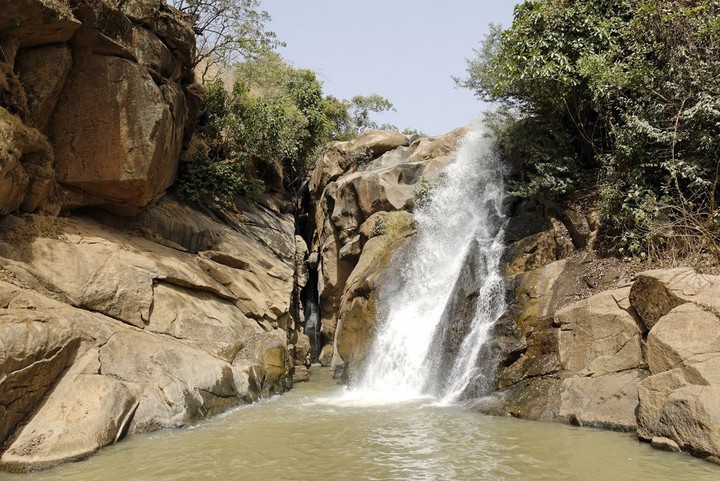 This is situated in the Etung Local Government area of Cross River State, very close to its border with Cameroon. Situated about 17 kilometres from Ikom and 315 kilometres from Calabar, it is made up of seven streams. It is surrounded by steep hills and valleys, which are encircled in a rainbow-like atmosphere. Agbokim falls remains one of the best destinations in Cross River State. 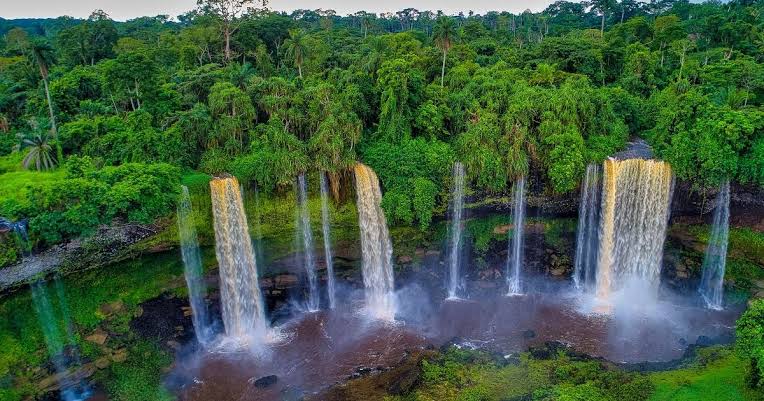 Erin-Ijesha Waterfalls (also known as Olumirin waterfalls) is located in Erin-Ijesha. It is a tourist attraction located in Oriade local government area, Osun State, Nigeria. The waterfalls were discovered in 1140 AD by one of the daughters of Oduduwa. However, according to The Nation,”Olumirin waterfall was discovered by hunters in 1140 AD”. Another source has it that the tourist site was discovered by a woman called Akinla, founder of Erin-Ijesha town and a granddaughter of Oduduwa, during the migration of Ife people to Erin- Ijesha.

The Erin-Ijesha Waterfalls is a popular excursion point for schools around the neighbourhood. The natives regard the waterfall as a sacred site and a means for purifying their souls. Festivals were formerly celebrated and sacrifices performed at the site.

Farin Ruwa Falls is a waterfall found in the central region of Nigeria. It is among the highest waterfalls in Nigeria. It is significant among Africa’s falls when the total height covered by the waterfall is considered.

Gurara Waterfalls is located in Gurara, a local government area of Niger State, North Central Nigeria. The waterfall is approximately 30 metres in height and it lies on the Gurara River along the Suleja-Minna Road.

Owu Waterfall is a waterfall located in Owa Kajola, in Ifelodun Local Government Area of Kwara State, Nigeria. It is the highest waterfall in West Africa, measuring 120m above the water level and cascades 330 feet down an escarpment with rocky outcrops, to a pool of ice-cold water below.

The Wikki Warm Spring can be found in the Yankari National Park, Nigeria’s most revered national park for spotting wildlife. The Wikki Warm Spring is the biggest of the four warm springs in Yankari, which have come about as a result of geothermal activity below the park.

The spring is Mother Nature’s answer to a spa with a consistent temperature of 31°C. It boasts crystal clear waters and flows into a beautiful lake, 200 meters long by 10 meters across, and nearly two meters deep, making it the perfect spot for a swim.

A Smart Bra That Can Detect Early Signs of Breast Cancer

20 Famous Nigerian Gospel Artistes You Should Know in 2022

Bobrisky: Net Worth, Pictures And Controversy

Nigerians Who Make Fortunes From Farming

No Result
View All Result

© 2021 LiveFromNaija - All Rights Reserved. All other trademarks and copyrights are the property of their respective holders.