Shiloh 2018: Everything you need to know 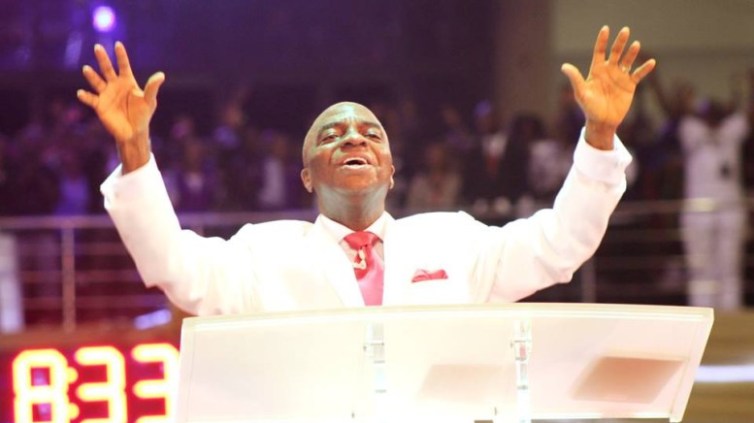 Shiloh is an annual spiritual exercise by the Megachurch Living Faith Church Worldwide, popularly addressed as Winners Chapel. The annual event is a fulfillment of God’s word in Joshua 18:1;

And the whole congregation of the children of Israel assemble together at Shiloh and set up the tabernacle of the congregation there. And the land was subdued before them.

The meaning of Shiloh

In the days of old, Shiloh was the major place of worship for the Israelites. It is sometimes translated to mean peaceable. Shiloh is a place of rest – where God gives his beloved rest from all the troubles of life.
From the days of old, the name Shiloh has been synonymous with miracles, break-through, dominion, and even victory, as God always ensured the Children of Israel were victorious when they worshipped Him at Shiloh. Till today, God is still working miracles at Shiloh!

God has always worked miracles through his chosen Prophets at Shiloh. According to Joshua 18:1, the Israelites were victorious after Joshua led them to worship at Shiloh. Also, in the account of Elkanah and Hannah in 1 Samuel 1, it was at Shiloh God wiped Hannah’s tears by granting her request for a son, using his Prophet Eli to open her barren womb. She later conceived and gave birth to Samuel, who grew up to be upright, and was mightily used by God.

God is still working miracles at Shiloh. This time he chooses to us His Prophet Bishop David O. Oyedepo, the Presiding Bishop of Living Faith Church Worldwide.

God is still working miracles at Shiloh. This time he chooses to us His Prophet Bishop David O. Oyedepo, the Presiding Bishop of Living Faith Church Worldwide.

Since inception, there have been countless testimonies at the Living Faith Church annual Shiloh convention, be it at the live venue at Canaanland, Ota to remote satellite locations across the globe and even online.
Its been such that there has always not been enough time to share the testimonies of miracles, as the custom of the commision gives every testifier just a minute to share what God has done for them, obviously, this is due to time restrictions.

The commission’s Press Publicity Service group tries as much to capture some of the unshared testimonies, but most are unaccounted for as Shiloh’s is attended by millions of people across the globe both online and offline.
Some of the recorded testimonies at Shiloh includes; healings from illnesses such as HIV, cancer, glaucoma, diabetes, asthma, spinal cord injury, pneumonia, deliverance from; spiritual attacks, death, miracle; marriages, jobs, babies, freedom from; poverty, addictions, etc.
Indeed, “When God wants to wipe the tears of his people, he doesn’t use handkerchief – he uses miracles”.

When God wants to wipe the tears of his people, he doesn’t use handkerchief – he uses miracles

As declared by God’s prophet, the Presiding Bishop of the church. The theme for Shiloh 2018 is “Dominion” and the date is December 4th to December 9th, 2018.
The man of the miraculous, Bishop David O. Oyedepo has assured God’s people that;

“Every participant at Shiloh 2018 shall have definite encounters with the word (of God) for their supernatural change of story.”

Whether they’re attending at the convention ground at Canaanland, Ota, remote satellite locations across the globe or even online via the live stream. According to him,

The convention ground is always filled to the brim, and as such, some serious-minded participants make themselves available at the convention ground days to the event.
The spiritual exercise is also transmitted via satellite and streamed across branches of the church. The live video streaming can be joined on Nigeria’s prominent live streaming platform LiveFromNaija on the Shiloh 2018 live streaming page, YouTube, the church website and across other media outlets/websites. Participants who prefer to listen in can do so on Domi Radio, the official internet radio station of the church.

Making the most of Shiloh

The church has provided the public with a Prayer guide to help them make the most of Shiloh. The Shiloh prayer and intercessory guidelines direct the public on how to pray to God Almighty to grant their request at Shiloh. You can download the guide here

We’ll constantly bring you updates from the Shiloh convention ground at Canaanland, Ota on the Shiloh page as well as on the shiloh live streaming page. Do well to bookmark these pages and share with your friends.

Have you ever attended Shiloh convention? what has been your Shiloh experience?