Banky W & Chidinma – All I Want Is You

Share: Facebook Twitter Pinterest LinkedIn In December 2015 we brought you to the audio to this beautiful duet “All i want is you” by EME’s boss Banky W and your girl Chidinma (Miss Kedike). The pair have been working on the visuals and finally here it is. Apparently the video was directed by Banky W […]

Banky W ft. Chidinma – All I Want Is You

Share: Facebook Twitter Pinterest LinkedIn The baddest boss, Empire Mates Entertainment CEO ‘Banky W‘ teams up with the beautiful ‘Miss Kedike’, your girl Chidinma to deliver this beautiful duet tagged “All I Want Is You“. Its love in the air guys! this classic is produced by the talented T.K. Enjoy and hit the share button […] 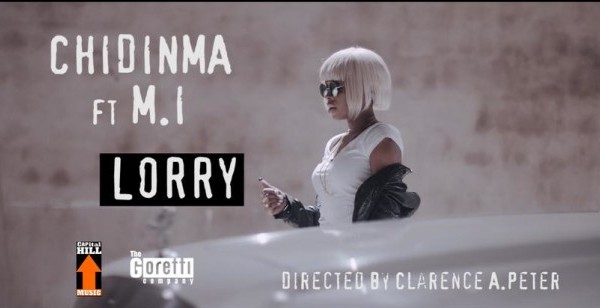 Share: Facebook Twitter Pinterest LinkedIn Your girl MISS KEDIKE is definitely stepping up her game, no wonder she now stacks her money in a “LORRY” Her new song “LORRY” is already making waves across Nigeria. The song is incredible and features MR INCREDIBLE himself (MI Abaga). Enjoy and do well to share.   Download: Lorry […]

Share: Facebook Twitter Pinterest LinkedIn Your girl CHIDINMA also known as MISS KEDIKE drops a brand new video, its the long anticipated visuals to her hit song “Lorry” featuring MR INCREDIBLE, the one and only M.I ABAGA. Directed by the talented CLARENCE PETERS. Where is your money? as for MISS KEDIKE her money is in […]